Coal is NSW's largest export earner in value terms, worth around $13.2 billion in 2015-16, greater than the value of our tourism and education exports combined.

In 2015-16, the NSW coal industry produced 246.8 million tonnes of raw coal, yielding 191 million tonnes of saleable coal, worth nearly $14.6 billion or approximately 80% of the total value of the State's mineral production.

NSW has more than 15 billion tonnes of recoverable coal reserves contained within 40 operating mines, and over 20 new major development proposals.

The continued development of our coal resources delivers significant economic benefits to local communities and provides a low cost and reliable source of electricity.

In 2015-16, the NSW coal industry produced a 246.8 million tonnes of raw coal, yielding 191 million tonnes of saleable coal, worth nearly $15 billion or approximately 80% of the total value of the State's mineral production.

In NSW, about 80% of the electricity we use comes from the use of coal. 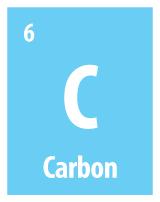 Coal is one of the world's most important sources of energy. It is reliable and abundant. Coal helps to keep electricity prices down, reducing pressure on household budgets and supporting local manufacturers and industry.

Even as we seek to diversify our sources of electricity, coal continues to be a major contributor to energy security for NSW.

Today, the coal industry in NSW directly employs nearly 20,000 and supports around a further 80,000 in mine and non-mine related services.

In 2015-16 exports through the Port of Newcastle were a record 159 million tonnes and Port Kembla exported an additional 10.2 million tonnes.

The Port of Newcastle has three recently expanded terminals operated by PWCS and NCIG which have the capacity to export up to 211 million tonnes of coal per annum, making Newcastle the largest coal export port in the world.

Coal's most significant contribution to the economy comes from exports, valued at around $13.2 billion in 2015-16.

This was easily the State's biggest single export earner and makes NSW one of the world's major exporters of coal.

Asia continued to be the major market for NSW coal, with the region receiving more than 95% of NSW coal exports.

NSW exports a small amount of coal to New Zealand, Europe and also to Mexico.

Download a table of the Quality of coal deposits in NSW [118 KB] for more information.

Up-to-date statistics on NSW coal production, employment and exports are collected by Coal Services and available by subscription.

Visit Coal Services for a list of available information.

Back to top
Page link: https://www.business.nsw.gov.au/industry-sectors/industry-opportunities/mining-and-resources/coal/coal-in-nsw