NSW is a major producer of heavy mineral sands. Excellent opportunities exist for the discovery of new major deposits and for the development of existing resources, especially in the Murray basin of NSW.

The principal heavy minerals of commercial interest are rutile, ilmenite, leucoxene and zircon. 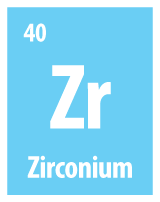 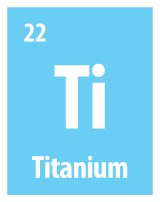 The Murray Basin of NSW is a world-class heavy mineral sands province. The area awaits further exploration and development.

West Balranald and Nepean are two rutile-rich mineral sands deposits in the northern Murray Basin. The deposits are a significant potential source of global supply, especially rutile, with material levels of zircon and ilmenite. If progressed, the development of Balranald will form a major part of Iluka Resources Limited's rutile production.

Cristal Mining is planning to commence a further mine called Atlas-Campaspe in the Murray Basin. Atlas-Campaspe is located 90 km north of Balranald and approximately 270 km from Broken Hill. Cristal Mining has completed a $8 million Feasibility Study to determine the viability of Atlas-Campaspe Project and to achieve both State and Federal environmental approval and Development Consent.

The Crayfish Deposit is being developed as a modification to the current Cristal Mining Ginkgo operation in NSW. It is close to Cristal's existing Ginkgo/Snapper Mine operations which are approximately 110 km northeast of the town of Wentworth and approximately 220 km by road from Broken Hill. Crayfish is planned to commence production in Q1 2016 as an extension to existing heavy mineral reserves at the neighbouring Ginkgo mine.

Cristal Mining operates two mineral sands mines in the Murray Basin and a Mineral Separation Plant at Broken Hill in NSW. The Ginkgo and Snapper mineral sands mines are located approximately 85 km north of Mildura and some 40 km west of the township of Pooncarie in western NSW.

Back to top
Page link: https://www.business.nsw.gov.au/industry-sectors/industry-opportunities/mining-and-resources/industrial-minerals/heavy-mineral-sands