Newcastle is a vibrant beachside city in NSW, just a two-hour drive (or 45-minute flight) north of Sydney. This city of 171,2801 residents has a booming port, increasingly diverse industry, and with its location right in the heart of the Hunter Valley wine region, a thriving dining and cultural scene.

Newcastle stepped into the international limelight in 2011 when Lonely Planet ranked it one of the top 10 cities in the world. More recently, National Geographic highlighted it as one of seven ‘Smart Cities’ to visit, with the Newcastle CBD boasting free wi-fi and Australia’s most sophisticated ‘Internet of Things’ platform.

There is a strong surf culture and a flourishing arts scene, with theatres and galleries situated near its shops, cafés, restaurants and bars.

Pristine beaches and bushland surround the city, which is positioned alongside a bustling harbour shared by coal ships, freight ships, ferries, fishing boats, yachts and kayaks. The Hunter Valley, one of Australia's most famous wine growing regions, is just an hour's drive away, and the greater Newcastle region takes in Maitland, Lake Macquarie, Port Stephens and the natural wonder of the World Heritage-listed Barrington Tops National Park.

The city is also an educational hub. The University of Newcastle (a global top 250 university) has been a catalyst for international research and innovation, particularly in the medical field, and the city boasts a lively student culture.

Newcastle offers a variety of accommodation options for both temporary and permanent stays, ranging from international hotels and self-serviced apartments to houses and units. 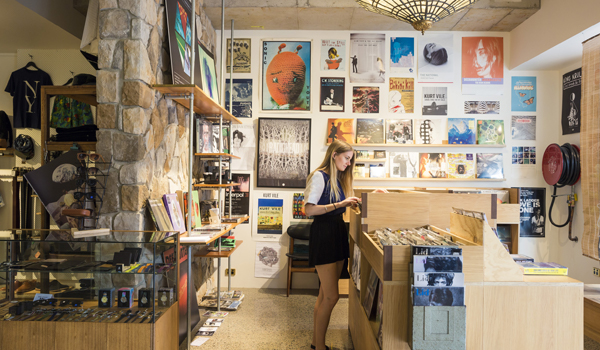 Newcastle has a diverse range of industries, starting with one of Australia’s largest and most diverse ports. The Port of Newcastle is Australia’s oldest and third largest port, and the world's largest coal export port, with coal representing over 90% of its total tonnage2.

The city has diversified from manufacturing and energy exports to embrace a range of industries, including health care and social assistance, education and training, retail trades, construction and tourism. This expansion of the city's economic base continues to result in increasing opportunities for workers and proprietors across various sectors.

Newcastle is the major economic hub of the NSW Hunter region, and recognised as an economic powerhouse, with gross regional product worth $16.985 billion3. The Newcastle Airport and Sydney-Newcastle railway provide easy links to the city to the rest of the world.

Visitors currently inject $722 million of direct expenditure and nearly $1.3 billion of indirect expenditure into Newcastle's economy across the key sectors of education, retail and transport. The city's visitor economy also contributes to more than 10,000 jobs4.

Newcastle Airport is one of the fastest growing regional airports in the state, with a record 1.276 million passengers in 2017 – an increase of 4.9% year-on-year5. The Newcastle Destination Management Plan has been developed to further promote the region and harness its economic potential.

In 2016, the NSW Government announced a $12.7 million investment in a permanent multi-purpose cruise terminal facility at the Port of Newcastle. Cruise shipping currently injects $11 million a year into the local economy and this has the potential to increase international and interstate visitors looking to enjoy the splendours of Newcastle and surrounds.

3. REMPLAN, The City of Newcastle

Back to top
Page link: https://www.business.nsw.gov.au/live-and-work-in-nsw/working-in-nsw/places-to-live-and-work/newcastle